Amidst everything that's been going on over the last few months, checking on how my apps have been doing has been low down my priorities. For me creating apps is a hobby, something to keep my skills sharp - it's not my primary business and it's not something I rely upon. Looking at the impact it's had has both been interesting to examine, but also made me concerned for many out there who's income source has undoubtedly been hit incredibly hard by this pandemic. The following details the impact of the virus on my application.

The app in question allows people to countdown to their holidays/vacation. It's a seasonal android application with installs typically growing slowly January through March, then growing quickly through to the end of August, before falling slowly until the end of the year. That makes sense, usually in the new year people plan holidays, as we enter summer people tend to have more holidays and go on more holidays, so I expect the app to get more attention at those times. 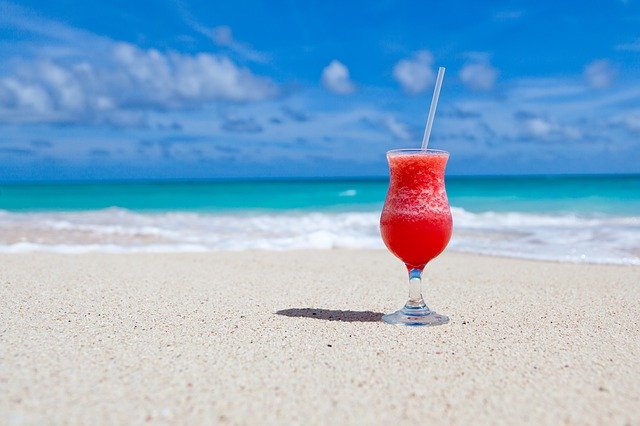 What do the analytics show in the lockdown period of Covid-19?

I'm sure you can imagine. The travel and leisure industry has been put on hold indefinitely right now as a whole. Airlines are laying off huge amounts of staff, hotels are closed, people are restricted from travelling distances depending on where they live. Put simply, nobody is going on holiday or taking vacation time. People aren't booking holidays, they are trying to recoup the money they paid on travel that has been cancelled.

Whilst there are regional differences, lockdown in the UK and the US seemed to happen in mid-March or at latest early April. The following chart of active users of my app show the drop off around those dates:

The chart makes for some grim reading. When typically active users would grow I've seen a steady drop March through May. I expect this trend to continue. In normal times, I would have expected the active user base to have at least doubled during this period, instead it sits around 50% of where I would have projected.

What about revenue from the app? Ads are shown in the app which provides a small amount of revenue. The following graph shows the drop in that revenue: 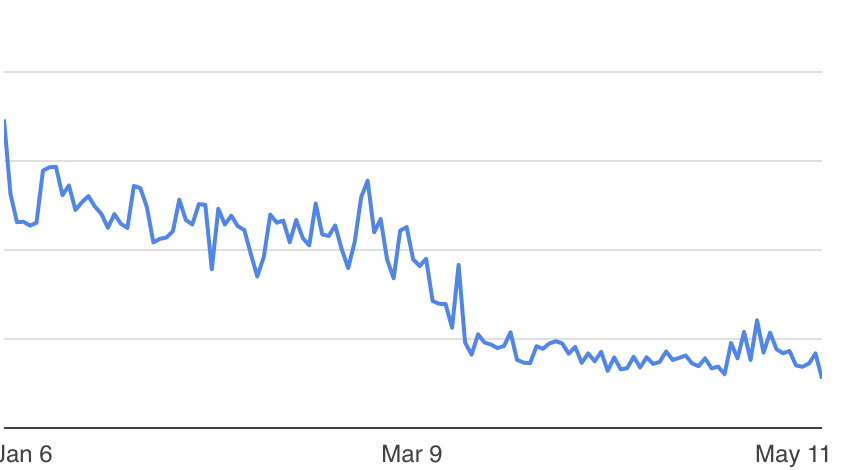 You can see here that revenue falls drastically in mid-March - coinciding with lockdowns across the world.

I have a relatively new iOS version of the app. The charts for it's new installs follow the exact same trajectory:

What can I conclude from this?

I can safely conclude that people are not planning many holidays right now! The data is as you would predict, but it's good to see it as hard facts. What's more interesting is I have a similar app for counting down to birthdays and the data shows a similar (but not as severe) trend. Are people not as interested in tracking birthdays if they know they can't meet up to celebrate them?

My concern with the dip is that it will start a downwards spiral hard to come out of. Imagine the world is back to normal as we enter January 2021, the app will have less active users and reviews, so will in turn be lower down in the app store listing. Maybe it will never pick up again. Alternatively, all similar apps could be in the same position, so they will all be relative in terms of the drop.

As I set at the outset - for me this is a hobby - a way to see how the industry works. However, it's clear that depending on the app the Covid-19 pandemic could have a major impact on some app developers income. Outside apps, the impact to businesses - from airlines to hotels, restaurants to shops or tour guides must be massive. How these businesses recover from this is unclear - what percentage will recover? The impact of Covid-19 will last long into the future.